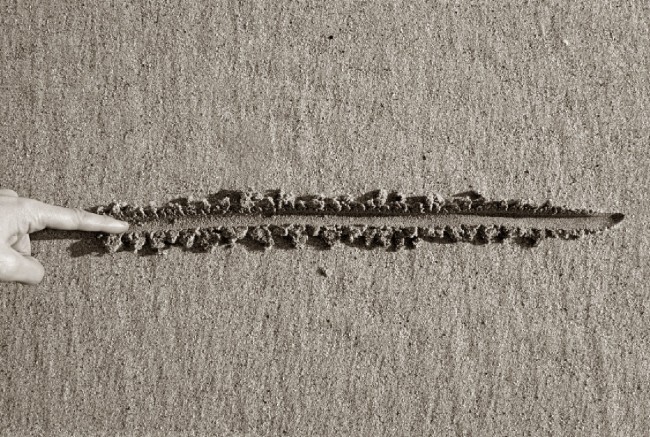 I have heard ever since I was young that the grass is always greener on the other side of the fence. There seems to be something irresistibly enticing about things that are across barriers or even forbidden.

I guess it’s human nature to push beyond barriers. It’s that curious, questioning, daring nature that has allowed humankind to experience some of our greatest achievements. The first speeding violation in an automobile was in 1899 in New York. A cab driver was jailed for driving 12 mph. I guess he had “the need for speed!” But the human race was not content with 12 mph; we wanted to go faster, higher, farther. That pressing forward is not always safe but it has produced remarkable achievements.

But stepping over lines and knocking down fences may not always be in our best interest. Adam and Eve were given full access to Eden and all its delights with the exception of the fruit of one tree. That decision to eat of it had devastating consequences for them and for all humanity.

A new poll done by Gallup indicates that moral lines are moving in our culture and in the church. For instance, 59% of American adults indicated that gay or lesbian relations are morally acceptable. That represents a 19 percentage point increase since 2001; at that time only 40% said it was morally acceptable. In addition, 60% of respondents said that having a baby outside of marriage was morally acceptable. That is a 15 percentage point increase since 2002. (For a story on this Gallup poll from the Christian Post, go to http://www.christianpost.com/news/gallup-poll-majority-now-say-gay-sex-unwed-births-are-morally-ok-96306/)

Lines are moving. Ethics are shifting. Some people rejoice and declare, “It’s about time.” Some pick up placards and take to the streets declaring hatred for all who disagree with them. Believers should understand both the times in which we live and the eternal truths of God.

Our teaching and lives should be consistent with the revealed will of God. Our attitude should be one of love but not necessarily acceptance of the new norm. We must speak the the truth in love. We are not to angrily condemn people nor are we to condone sin. Instead we are to allow the truth of God to shape our ethics, the power of God to help us live in a godly fashion, and the love of God to lead us to share with others the reason for the hope that we have.