In re-reading Romans 1 today, I could not help but reflect on two major exchanges recorded in Scripture. The first one is found in Paul’s letter to the church at Rome:

The wrath of God is being revealed from heaven against all the godlessness and wickedness of people, who suppress the truth by their wickedness, since what may be known about God is plain to them, because God has made it plain to them. For since the creation of the world God’s invisible qualities—his eternal power and divine nature—have been clearly seen, being understood from what has been made, so that people are without excuse. 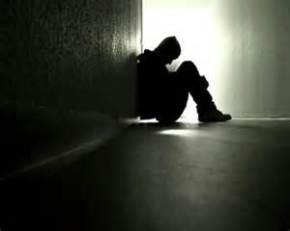 For although they knew God, they neither glorified him as God nor gave thanks to him, but their thinking became futile and their foolish hearts were darkened. Although they claimed to be wise, they became fools and exchanged the glory of the immortal God for images made to look like a mortal human being and birds and animals and reptiles.

Therefore God gave them over in the sinful desires of their hearts to sexual impurity for the degrading of their bodies with one another. They exchanged the truth about God for a lie, and worshiped and served created things rather than the Creator—who is forever praised. Amen. (Romans 1:18-25)

Here humankind makes the exchange. They exchanged the true God for false gods and therefore ended up worshiping that which they themselves created. The consequences of this action are disaster. God allows people to make this choice and to face the consequences. It leads to a downward spiral and deeper depravity and ultimately to death and separation from God. This is NOT a good exchange.

The second exchange that came to mind is more positive. It is also found in one of Paul’s letters, this one to the church in Corinth:

God made him who had no sin to be sin for us, so that in him we might become the righteousness of God. (2 Corinthians 5:21)

Although the word “exchange” is not used, an exchange is exactly what takes place. Through His sacrifice on the cross, Jesus took the sin that belonged to you and me and made it His. He died for sin paying the full penalty.  He takes our sin; we get His righteousness! The very thought of it still blows my mind. How great a God we have! How great a love He has shown! How great a Savior we worship!

The first exchange shows the downward direction of humanity sinking deeper and deeper into sin. There is willfulness about it, stubbornness. As a child stomps his or her little foot and says, “I will not!” (insert pouted lip here), human beings stomp their collective foot at the thought of a God who is Creator and Sovereign and declared, “We will not! We will do it our way! We will make our own rules! We are our own gods!”

Rather than demanding God acquiesce to our view of the universe, the humble person recognizes that there is a God who created him and has a claim on his life. Such a person will seek God’s will for this life and for eternity. What he discovers is that God has opened wide the gates to Heaven for all those who embrace His Son as Savior.

What might be the theme song of your life? “I Did It My Way” or “Have Thine Own Way, Lord”?