Giving Up on God

So, you’ve given up on God, huh? The question to ponder is – why have you come to a point in your life that God should be jettisoned? 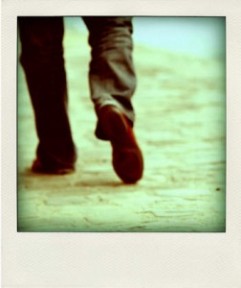 Most people who give up on God do so because He doesn’t come through for them in some big way or perhaps in a bunch of small ways.

I’ll assume that before God was unworthy of you following Him that you prayed, read Scripture and consulted with godly people to provide some guidance. Perhaps you did not get the answer to your prayers. Perhaps you did not find a passage of Scripture that soothed your pain. Perhaps the guidance you were given didn’t take you to the place where you wanted to be. Whatever the case, you don’t feel that God is there for you, and if He is hanging around somewhere then He’s certainly not responding the way you want Him to.

Perhaps God deserves you turning your back on Him. It serves Him right for you to walk away because you’re frustrated with the course of your life. What kind of love does God have for you if He won’t even fix your problems? What kind of God is He if He doesn’t care enough to fill your heart with happiness and your mind with peace?

Never mind that He gave His Son to die for your sins on a cross? Never mind that He sent His Son to be rejected, despised, spat upon, brutally beaten, and ultimately nailed to a cross where He would bear not only the shame of a criminal’s death but the unfathomable burden of the world’s sin debt. But that was a long time ago, wasn’t it? “God, what have You done for me lately.”

Okay, I get it. Your life stinks right now. You’re an emotional wreck and you struggle to just get out of bed in the morning. There are bills to be paid, decisions to be made, and you really don’t feel like doing either. You’re distraught. You’re sad. You’re lonely. You cry out to God but are greeted with only silence in return. You lash out in anger but just end up making things worse. You try to drown your problems away but they just keep resurfacing. The only thing left to do is blame God who obviously hasn’t the good sense to get with the program.

You feel like Job? If so, I’d remind you to go back and see what he lost. Want to put that on the other side of your scale? He did get to keep his wife, but she wasn’t the biggest encourager. Remember what she told him? “Curse God and die!” (Job 2:9) Maybe that’s how you feel right now. You just want to curse God, ball up into a ball, and die. But, wait… God hadn’t left Job, had He? Job wasn’t abandoned or rejected. As he sat in the ashes moaning over his plight and arguing with his friends, God was with him in the ash heap. It wasn’t true that God wasn’t there or that He didn’t care; God was simply doing something way bigger than Job could get His mind around.

I understand that this may be of precious little comfort to you. You’re in the middle of a mess. Whether you made your mess or it was made for you, you’re smack dab in the middle of it. Perhaps you can identify with Shadrach, Meshach and Abednego who were faithful to God but ended up staring at the door of a furnace. At that point they could have turned their backs on God, bowed to the king’s idol, and walked away scot-free. Instead they said boldly to the king, “If we are thrown into the blazing furnace, the God we serve is able to deliver us from it, and he will deliver us from Your Majesty’s hand. But even if he does not, we want you to know, Your Majesty, that we will not serve your gods or worship the image of gold you have set up.” (Daniel 3:17-18)

In a place where it sure seemed that God had turned His back on them, they refused to turn their backs on Him. They believed God could save them and even that He would save them, but they were unwilling to say that His failure to come through meant that He was either impotent or uncaring. They were willing to trust Him even if it meant dying an excruciatingly painful death.

But, pastor, you just don’t understand. Know what? You’re right. I don’t understand your circumstances. I don’t know your pain and loss, but you are not the first person who has even been trapped in terrible circumstances. The prophet Habakkuk might be able to relate. He said, “Though the fig tree does not bud and there are no grapes on the vines, though the olive crop fails and the fields produce no food, though there are no sheep in the pen and no cattle in the stalls, yet I will rejoice in the Lord, I will be joyful in God my Savior.” (Habakkuk 3:17-18)

In an agrarian society where everything depended on the flocks and crops, this was as bad as it gets. But even if everything, and I mean everything went wrong, there was still joy to be found in the Lord

My friend, do not think that I have no compassion for your plight. I truly do, and God has even more. He has never turned His back on you; in fact, He gave His all to call you His child. He may not answer your prayers as you pray them. He may not fix all your problems. He may not remove all your roadblocks. The place you are today may be the place you remain for a long time. Does that mean the Lord does not deserve your allegiance? Does He truly deserve your rejection? Is He not the all-knowing, all-powerful God? Are you not a human being with limited knowledge and power?

You have every right to give up on God and simply walk away, but that doesn’t make it right to do so. If the Lord never gave you anything except the sacrifice of His Son for your sinful soul, would that not be enough? If not, then go ahead and give up on God, but be assured that He has not given up on you.