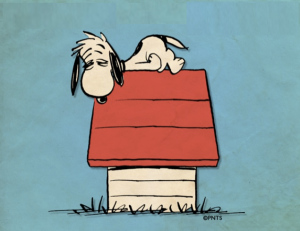 It’s Monday…again. It seems like it rolls around about every week now. For most of us, it is the beginning of a new work week. The vast majority of us don’t look forward to it very much. The alarm clock goes off demanding we wake from our deep sleep and crawl (or fall) out of our comfy beds. We’ve just come off the weekend (which is rarely as restful as we’d like it to be), and now it’s time to get back to the grind. Let’s just be honest – most of us are not fans of Monday mornings.

My schedule may be a little different from the norm. For me, Sunday is both the end of my week as I preach what I have been praying over and preparing during the week, and the beginning of the week as I begin to pull the pieces together that will shape the message yet seven days away. Still, I have a Monday routine. The alarm goes off a little earlier. The to-do list is forming in my mind before my feet hit the floor. Washed, fed, caffeinated, dressed, and fortified by prayer, I head out the door to face both the expected and the unexpected.

Since Monday does come around every week, wouldn’t it be great if we faced it with less dread? I cannot say that I leap out of bed energized and enthusiastic every Monday, but with a little planning and a few adjustments, Mondays can be just a little bit better. Here’s my approach…

Do something “special” on Monday morning. You need something out of the ordinary to look forward to. It doesn’t have to be something huge, in fact, sometimes it’s the small things that make the difference. For instance, I am enrolled in one of the services that sends me a package of new razor blades every month. Since I am saving money on razor blades, I feel perfectly legitimized to begin every Monday with a new razor head. When I shave on Sunday morning, I pop the old one off so that on Monday I put a brand new one in it’s place. You may not think that’s a big deal – and you’d be right. It’s not; but it’s enough of a deal that I look forward to a super-close shave and less chance of an irritating nick or cut.

For you, it might not be a new razor head. Consider what you can change up. Maybe it’s what you eat for breakfast. Instead of seeing Saturday as the day to cook eggs and bacon, eat your favorite cereal, or drink out of your favorite coffee cup, make it a Monday thing. If it’s not changing up your food, what about your clothing or your jewelry? If your alarm clock is your mobile phone, set a special ringtone for Mondays like your school fight song (I personally like “Linus and Lucy” by the Vince Guaraldi Trio – the one that Snoopy dances to).

I’m not promising you that changing up your Monday routine will make you looooove Mondays, but it might just make them a little less ominous and dreary. Have a great Monday!