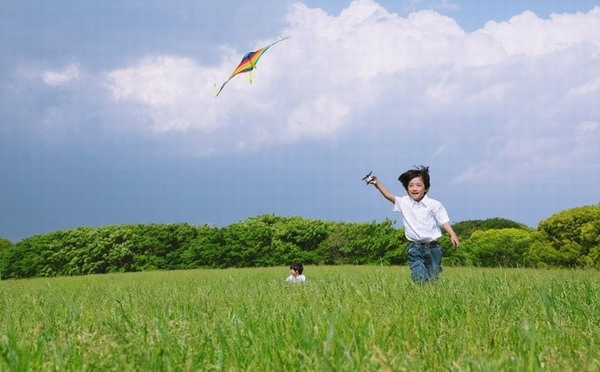 The home where I spent most of my childhood was at the edge of our small town. I could walk less than a hundred yards and be in a cornfield. A cornfield was a great place to play hide and seek, if you didn’t mind the itchiness and little cuts you got from the sharp edges of the leaves as you ran through it. But it was that time when the field lay fallow that I liked it best. It was a perfect place to fire off model rockets when the wind was still or to fly a kite when the wind was blowing.

I wasn’t the brightest student in school, but it didn’t take me long to figure out that if I were going to get the kite up in the air, I would need to run into the wind. It was then that a strong breeze could catch the kite and begin to lift it into the sky. It’s been quite a few years since I stood on that clumpy ground feeling the tension on the string and staring at that little dot seemingly miles in the sky. That kite needed the opposition of the wind to lift it. It’s the same reason that airplanes take off into the wind; it provides the lift.

When we face opposition, our frustration level increases. Sometimes it increases so much that we want to quit. We may even follow through with it. Opposition can wear us down, chip away at our rock-like determination, and leave us questioning our purpose and direction, but this is not inevitable. If we are wise and prayerful, opposition can lift us to heights where we’ve never been before.

In Paul’s first letter to the church in Corinth, he expressed his desire to come and spend some extended time with them. He wasn’t able to do it at that moment because the Holy Spirit was accomplishing some remarkable things in the city of Ephesus, and Paul felt compelled to remain there for a while longer. He writes: “But I will stay on at Ephesus until Pentecost, because a great door for effective work has opened for me, and there are many who oppose me.” (1 Corinthians 16:9)

I’ll let you read the Acts 19 to get the details of what took place in Ephesus (and it’s quite a story). Needless to say, the message of the gospel accompanied by great works of God performed through Paul lead to many embracing Jesus as Savior but also created a wave of violent opposition.

Ephesus was the home of a temple dedicated to Artemis (Diana). It was known as one of the seven wonders of the ancient world. People came from all over to offer sacrifices and worship there. The city made a lot of money off the pilgrims who came to the temple. There appears that many in Ephesus practiced sorcery, as well. That, too, would have been a source of income from reading fortunes, and selling magic potions and scrolls containing spells and incantations. When the gospel took hold, people literally went out and publicly burned their scrolls, the monetary value of which was perhaps equivalent to $100,00.00 or more. The demand for idols of Artemis also dropped leading a silversmith named Demetrius to gather all his buddies together and start a riot.

When Paul says that his work in Ephesus was effective, he also admits that there was incredible opposition. The gospel message which brought peace to so many souls was the same message that stirred up animosity in so many others. The gospel still does that today. We see evidence of it in many Muslim countries, in North Korea, in China, and to some extent even here in the United States. Why is this?

When the good news of Jesus is proclaimed and people genuinely embrace Him as Savior and Lord, those people began to change. They are no longer content to conform to business as usual; instead they allow God to transform them from the inside out. Values change. Attitudes change. Lifestyle choices change. So many things begin to change that it sends a jolt through families and the community.

In previous Great Awakenings, bars and brothels closed when people began to follow Jesus. It was not that the Christians took to the streets in protest, rather they took to the streets to share the gospel. When people received it, they became convicted about their lifestyles and made drastic changes. You can image that the bar and brothel owners would have been no happier about this than Demetrius was nearly 2,000 years ago.

Opposition is to be expected. It is not fun, especially if it comes from those near to you, but it is inevitable. The same gospel that unites us with God and with fellow believers will also divide us from our previous life and that will disturb the status quo. It is not that we walk around with a holier-than-thou attitude or that we are self-righteously condemning of every non-believer we meet. God’s Word tells us, “If it is possible, as far as it depends on you, live at peace with everyone.” (Romans  12:18) It is the presence of Christ in us and the commitment to wholeheartedly follow Him that causes opposition. We become a new creation and that renewal changes us. Not everyone is going to be happy with the change.

Expect opposition. It will come to faithful followers of Christ. But expect the gospel to have an impact in your life that impacts the lives of others around you. Expect that as we live out our faith and share God’s truth that people will want to embrace Him who has embraced us. Expect to see your life changed, the lives of others changed, and the community changed. Yes, there will be opposition, and, yes, that opposition may be persistent and uncomfortable, but the cause of Christ is our highest calling and will make a difference now and for eternity. And take courage: “We are hard pressed on every side, but not crushed; perplexed, but not in despair; persecuted, but not abandoned; struck down, but not destroyed.” (2 Corinthians 4:8-9) The very opposition that pushes hard against the gospel can become the wind that lifts the name of Jesus to even greater heights.