The Beauty of Diversity 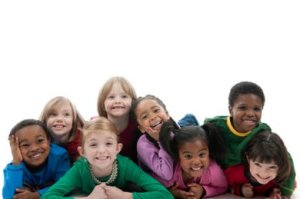 When I was in seminary, we spent a good bit of time studying principles of church growth. The most memorable among them was the Homogeneous Unit Principle (HUP) promoted by Donald McGavran, founder of the church growth movement. Basically, the HUP, when used  in reference to church growth, states that it is easier to build a church if there are fewer racial, economic or cultural barriers between the people in the church and the people you are trying to reach. I am not critical of this approach, because it is still in use and effective. Any way that we can reach people of Christ that avoids manipulation or compromising the Gospel, I’m all for it!

When we began Grace Fellowship ten years ago, we had a different concept in mind. Instead of focusing on building a church that maximized sameness, we instead opened ourselves up to the possibility of diversity. We didn’t set quotas or set targets for percentages. We didn’t attempt to craft our worship services in such a way as to attract any particular group. What we did was simple; we were open to all people regardless of their race, economic standing, or spiritual state in an effort to become servants to all people in order to win some to Christ. (1 Corinthians 9:19-23)

After ten years, I’ve discovered a few truths. First of all, this isn’t the easiest way to do things. It is far easier and less cumbersome to target a specific group. Because we have a church with some diversity and are attempting to reach a diverse group of people, we have found that personal preferences multiply. It’s not just in music, though music is a big one; it’s also in how often you celebrate communion, how many songs you should sing, how long the sermon should be, how the offerings are taken up, etc. Diversity brings with it challenges that homogeneity does not.

Second, not everyone will understand the approach. According to Ed Stetzer, executive director of Lifeway Research, “People like the idea of diversity. They just don’t like being around different people.” The concept of diversity may not be hard to grasp, but the application of it can be. It is far easier to hang around people who have your same preferences than it is to deal with people whose preferences vastly differ from your own. Think about your circle of friends. Typically (though not always) you hang around people who share your same likes and dislikes and who are at a similar stage in life. When it comes to church life, some people have decided that diversity in the church and the challenges that come with it are just too complicated and uncomfortable. That is not meant as a criticism, but just a recognition of reality.

Third, it’s not easy to do diversity well. Despite my best intentions, my personal opinions and preference creep in. I have a limited worldview, so I have to depend on others whose view is different from mine. That takes time and intentionality. Since everybody else also comes with their own distinctives, it does present more than a few challenges. When seeking to bring people together from differing backgrounds, it is imperative that we do not take a casual attitude in this effort but that we pursue excellence because ultimately we’re doing it for the Lord (Colossians 3:23).

Fourth, it is totally worth it! Despite the challenges of pastoring an increasingly diverse congregation and attempting to reach an even more diverse community, I wouldn’t trade the experience for the world. I have been able to see people from all walks of life come together around a person (Jesus) and a cause (the Great Commission) that is far greater than our differences. What ties us together is more powerful than what would push us apart. In our church body, people from all walks of life worship, serve, study, give, pray, laugh, and love together. Diversity has its challenges, but it’s a beautiful (and biblical) thing.